My route and my music, together. Travel/Lifestyle

I am making videosongs as I travel. Recording the parts separatedly, like I have so many times done in a studio, but in beautiful settings I discover as I go. When recording the audio I also make a video: record the recording. Unlike Kinetokens, that occured to me over a year into my travels; I had a pretty good idea of what I wanted my videosongs to be like before even leaving Argentina on May 15th 2016, the date when I became a nomad. I knew from before setting foot on my plane that creating videosongs was one of my goals for this new chapter in my life. After over 10 years of having my own band and being involved in collective artistic endeavours, I would be composing and performing solo for the first time as a consequence of my nomadic choice. The idea was to create a format that would portray the places I went through and my lifestyle, tying everything together with my songs. A month before leaving Argentina I made a quick low quality test of the format and was pleased with the result. It was time to test it on the road.

How a song is built

Videosongs are not only a record of my somewhat arbitrary and unexpected wanderlust routes tied together through the original music but also a nice way to show how a song is built. It’s a layered process. I record the songs one instrument at a time capturing both sound and video of every take. Each instrument implies a session in a different scenario, which sometimes even means a different country. The settings where I record are deeply linked to the unique experiences that travelling gifts me with. I mostly choose to do it outdoors and always start with the cuatro: the little strings instrument that looks like an ukulele but it’s not, it’s originally Colombian/Venezuelan. Because the cuatro is the first layer, I’m never wearing headphones in the cuatro shots. Once the cuatro is recorded, I download these files to my computer and choose the take I am going to use for the final videosong. I export the audio from the chosen take and get it into my phone to be able to listen to it while I add instruments and voices, one layer at a time. Depending on the song, I might end up with 3, 4 or 5 different layers, instruments and settings to use as bricks to build the videosong. Once I have finished recording, I take all my layers and put together the video and the song at once (hence videosong) using these bricks of video and music. I yuxtapose, turn the succesive into simultaneous. The artist and the nomad in me meet. The result is simple, yet mesmerising.

I have so far recorded and edited 9 videosongs. The latest: “Briviba Ir” is quite special because I composed it especially for Karostas Festival 2019 which took place in Liepaja, Latvia. I used answers of the local community about freedom to create the lyrics and recorded the song at Redans, an important historical site for this country’s (first) Independence.

I yuxtapose, turn the succesive into simultaneous.

The artist and the nomad in me meet. The result is simple yet mesmerising.

My fast, low quality test of the format before leaving Argentina, April 2016. 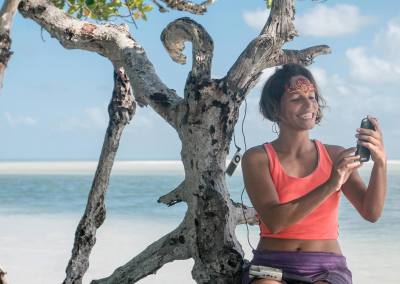 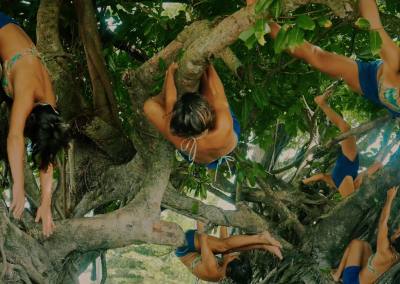 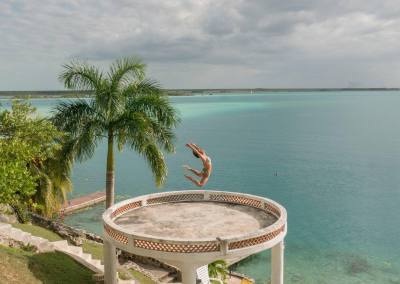 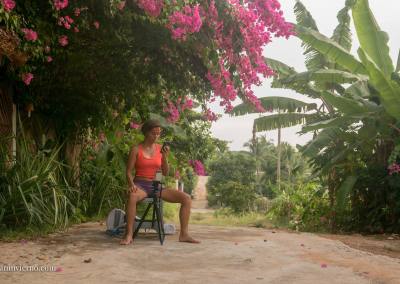 Recording on the streets of Playa del Carmen, México in December 2017. When you’re a nomad and the amount of things you get to own is so limited, it’s nice to remember everyday objects can simply be borrowed for creation and soon return to their ordinary function.

As I moved forward in the creation of videosongs, I started including dance improvisation, some fun video compositing techniques and the use of and unconventional instruments. In It Burns, I used empty wine bottles to create the “base guitar” line. I have also used empty plastic water gallons, coolers, brooms and the lid of a garbage bin as percussion instruments. This is a way of including ever changing circumstances of travelling and every day objects into the songs that felt quite natural to me, as I worked for years in “El Choque Urbano”, an Argentinian show that like Stomp, is based on the idea of making music with anything and everything we may find laying around. When you’re a nomad and the amount of objects you get to own is so limited, this is a nice reminder that lots of things can simply be borrowed for creation and soon return to their ordinary function. The happy result: music can be found and danced everywhere. Making of pic of my recording sessions at Redans, Liepaja, Latvia in June 2019. 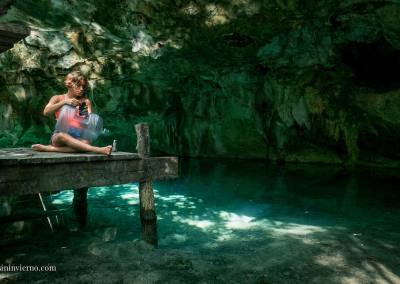 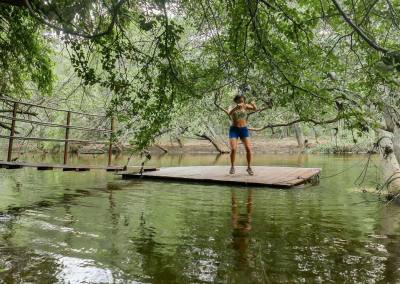 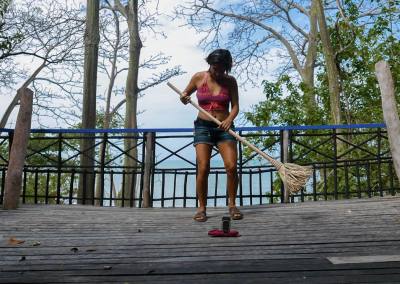 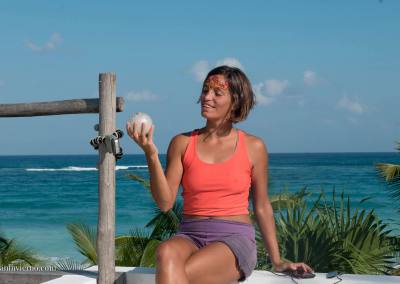 I create my videosongs with the following gear:

I bought my Lumix Lx100 in September of 2015 because of all the praises and positive reviews I’d read online. Still, I was unaware of many features I’d come to appreciate in time, like: